How MQL5 is Building One of the Biggest Developer Communities While many eyes in the software industry are primarily focused on traditional channels, we’ve seen rapid growth in attention towards modern development trends in various more specialized corners of the market. As a recent study by McKinsey points out, many solutions have entered a new stage of maturity and market readiness. Automation and artificial intelligence are of particular note. Algorithmic trading has been making steady progress too, in no small part due to related advancements in those fields. At present 63% of traders expect a significant increase in the share of algorithmic trading on the market by the end of the year.

MetaQuotes is an example of a company that’s been leveraging the potential in this market, primarily through solutions like MetaTrader 5 and the MQL5 programming language.

After almost 22 years on the market, the company has established a community of developers and specialists who are involved in its platforms and solutions. Users have been developing and sharing their own custom solutions and working collectively to improve on each other’s works.

Adapting to the Needs of a Rapidly Evolving Market

MQL5 language has evolved far beyond its initial iteration and it now offers a fast solution that allows developers to implement their trading strategy ideas with the native integration with the MQL5 Cloud Network and strategy tester usage. This cloud network achieved a total capacity of 34,000 cores at the beginning of the year and continues to grow up. By the end of June, the number of agents in the network exceeded 35,500 cores.

It’s been growing faster than anyone anticipated, gaining new users on a regular basis. Suitable for developers of all experience levels, including those with no prior knowledge of trading and finances in general, the language has gone through multiple iterations to better serve the needs of the community.

A particularly notable aspect of MQL5 and MetaQuotes’ approach toward this market has been the company’s attention to its community. MQL5.community has evolved into a solid platform for sharing knowledge and involving multiple people in the development and testing of new trading solutions.

The MQL5.community ecosystem also provides everything a user might need under one roof. It’s not just about the language and its documentation. Users can find auxiliary tools to aid in their work, like Huckster, a package specifically aimed at Forex algorithmic trading that’s been extensively trained on EURUSD and other EUR pairs; or Gold Harmonic MT5 which specializes in gold. They can also leverage actively updated sources of information like quotes, and engage other developers in a constantly growing community.

The active freelancer market surrounding MQL5.community is an example of how the company behind the language has been leveraging modern trends. Freelance work is not just a passing trend anymore, it’s a main pillar of the modern market. And the solutions developed by some of the freelance developers on this platform have surpassed the quality of what’s been produced by more experienced, full-time developers.

Other companies have been able to benefit from this approach as well. Recently, PWE Capital announced the launch of a European regulated fund which is now open to investors. This decision was primarily driven by the company’s recent success resulting from the deep integration of MetaTrader 5 into its operations. According to PWE Capital, the company has seen a total return of 124%, convincing to fully switch to MetaTrader 5.

A major part of that growth can be attributed to the deeper integration of algorithmic trading. Many companies on the market have been waking up to the importance of this approach and have been working to integrate it into their own systems.

Another company, easyMarkets, recently added MetaTrader 5 to its lineup and is already reporting positive results. The intuitiveness and approachability of MetaTrader 5 have been noted specifically, as the company pointed them out as some of the main driving factors behind its decision.

Exchanging Ideas That Benefit Everyone

MQL5 developers and users have tools to help them build new solutions and leverage existing ones to their full potential. The MQL5.com Market is an active platform that allows developers to sell complete packages featuring trading robots with varying capabilities.

Users can pick solutions that match their trading strategy and combine them in different ways to improve their performance on the market, or even explore new areas altogether. This includes a range of products like the night scalper Luna MT5, or Arbor, which leverages information from data open sources like news. All solutions are also available for free demo testing mode, which can be a starting point for anyone still on the fence about entering this market.

The platform allows developers to connect to their users on a deeper level too, with a feedback cycle that enables them to polish their products. The final result is a marketplace that offers something for everyone, even those who are just getting started with it. 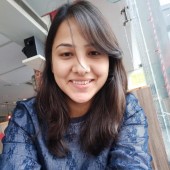 Rumzz is a digital strategist and content marketer. She enjoys spending time with her family. She loves to go out and experience new moments whenever they came to light. Rumzz discovers satisfaction in investigating new subjects that help to extend her points of view. You can frequently locate her immersed in a good book or out searching for a new experience