HG Wells, the celebrated English author, was bang-on when he predicted the Internet almost a century ago, in his 1923 book “Men Like Gods.” Considering the spate of fast-paced changes engulfing businesses now, brought on chiefly by the Internet, predicting the next five years is fraught with grave challenges. However, it is still reasonable to predict a macro-level outlook of how businesses would look like five years down the lane.

Businesses Will be Caught Up in the Mobility Wave

Mobility is a fait-accompli now. In another five years, it will become the norm, relegating anything tied to a physical location to the back-burner. The cloud will soar in popularity, and whatever remaining kinks will be ironed out by then. Already, more people access the Internet through mobile phones. In another five years, only a very few people would continue to use desktops for personal Internet access. The spread of technologies such as Google Balloon would make Internet all-pervasive. All devices would remain always connected. Internet will be available just like electricity, anywhere, and anytime.

Businesses would leverage such trends to go mobile in an increasingly big way. The concept of physical offices will decrease in importance, replaced by smart workstations and hot-desks, from where executives can collaborate with other team members online. While physical offices and retail shops will not go extinct, mobility will grow to become just as important and mainstream. Businesses would develop systems to seamlessly integrate their physical and online worlds.

Considering the attention and investment bestowed on Internet of Things (IoT) , it is safe to assume five years down the lane the IoT will become mainstream. Businesses not having adapted to the IoT would become obsolete, stone-age edifices in the throes of redundancy.

Businesses would deploy tools such as MS-Dynamics or even newer tools not yet available today. They would use such tools to integrate the information collected from sensors and other sources, and process it in the and other platforms. They would make use of such information in real time, through the CMS, customer-facing apps, and other tools at their disposal. A marketer, could, for instance, leverage real-time data emancipating from the connected customers’ equipment or product, enabling instant and highly relevant responses to situational actions.

IoT will also propel automation in a big way, eliminating the need for manual intervention. Data from IoT sensors could automatically schedule a technician and order parts, without the customer having to manually register a complaint, or the field service technician to make a manual inspection before ordering the requisite spare parts.

Big Will No Longer Be Beautiful

“Big is beautiful” is a hyped-up marketing jargon in the first place. It had its relevance in the industrial era, where the scale was a virtue. But no longer in today’s age, where customers increasingly prefer personalization, and micro-management is fast entrenching itself as the preferred and efficient mode of production.

Micro-manufacturing is the manufacturing of products in small quantities, in a common room, or even a with a simple office copy sized machine. Large industries, with all its shop floors, departments, and associated paraphernalia, will meet the fate mainframes met in the age of cloud computing.

Development in 3D printing technology and Digikey will propel the growth of micro-manufacturing. Digikey is a vast store of virtually anything and everything related to printed circuit boards. It offers an effective alternative to the ecosystem of purchase departments negotiating directly with suppliers for the best wholesale prices for components. Digikey makes “MOQ” (minimum order quantity) history, with most components purchasable in “QTY1” (quantity of one), without bloating the inventory. It is only a matter of time before Digikey type ecosystems spread to all industries, and for all raw materials.

The rigid corporate ladder is already obsolete. Five years from now, workplace hierarchy will be totally flat, open, and flexible, conducive to free-flowing ideas and career paths. Likewise, departmental silos would have largely dissipated, thanks to the relentless push in such direction prompted by the need for Big Data analytics. The organizations of tomorrow will be flat, open and transparent. Likewise, job descriptions and job specifications will be greatly diluted, and the nature of work would be fluid. Competitive pressures would bring the customer to the center of the business. The systems and procedures would be now centered on customer convenience and preferences, rather than internal convenience or any other considerations.

The new workplace structure will reflect the increasing demand for a more collaborative and flexible working environment. Already, companies have “flattened out” by about 25% over the past 25 years. Hot-desking, fluid teams, ideas workshops and lesser controls will characterize the new workplace. Enterprises will shift away from controls, to promoting and nurturing intrapreneurship.

Automation, propelled by advancements in machine learning and artificial intelligence, is increasingly becoming the norm and permeating every sector. Manual jobs, such as packing, billing, and more would largely become obsolete, and replaced by automated processes, and robots. Even white-collar jobs such as analysts would easily be taken away by computers. The idea of self-driven cars and interactive computers are early indicators of the shape of things to come.

IBM’s Watson, one of the most advanced Artificial Intelligence solutions available now, is used to diagnose cancer patients in the US. Watson sifts through the symptoms, medical histories, and digs into the latest research, to deliver diagnoses and suggest treatments.

A 2013 study by the Oxford Martin School estimates 47% of existing jobs in the US at risk over the next two decades. Another study by McKinsey Global Institute predicts robots jeopardizing anywhere between 40 million and 75 million jobs worldwide, by 2025.

Businesses Will Draw into the Human Cloud in a Big Way

It is not just robots and machines which would change the nature of work. The “human could” would replace the regular employees in a big way. Businesses would increasingly rely on freelancers and independent contractors. Cloud platforms such as Amazon Mechanical Turk and Upwork already connect millions of independent businesses to independent contractors. The traditional concept of a business employing workers from its office would soon be a thing of the past. Businesses would become more of an ecosystem which taps into various sources to get work done. 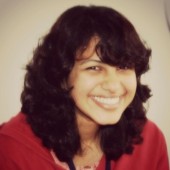 Susanna has been involved in the field service industry for more than 4 years. She has been providing marketing tips for field service businesses across the globe. She loves to read about the latest updates on digital marketing, playing and is an ardent fan of Arsenal. She is currently working at ReachOut Suite.