The History of Affiliate Marketing And Its Inception You’ve probably heard about affiliate marketing and how it’s one of the most popular ways to earn money online. Basically, it means partnering with a business and promoting its products or services.

When a sale is made through your promotions, you get a commission. And the more business partners you have, the more products you can promote which means more sales for you. It’s pretty simple, right?

With the power of the internet and enough patience, affiliate marketing allows you to earn a passive income. In fact, several techniques or even marketing courses like the David Sharpe legendary marketer are now available to help people get started on affiliate marketing.

But, with all its popularity, did you ever wonder how it started? Affiliate marketing has dramatically evolved since its inception. Understanding how it began and developed is key if you want to play in this field.

So, without further ado, let’s walk through the history of affiliate marketing.

William J. Tobin is known as the world’s first internet marketer. He was the founder of PC Flowers & Gifts and conceptualized the idea and pioneered the first affiliate program for the web.

His eCommerce site went live in 1989 and then launched a novel marketing approach called ‘Prodigy Network’ soon after. This marketing model pays the network a commission on every sale made through advertising.

By 1993, the Prodigy Network was generating over USD$6 million every year. By 1995, the network has over 2,500 affiliates from the web. The program was so successful that Tobin decided to patent the idea in 1996. However, it wasn’t until 2000 that the patent was issued.

However, Tobin wasn’t the only player in the affiliate marketing field. Others like CDNOW started their BuyWeb program in 1994. Their idea was to ask music sites to review albums and link their users directly to CDNOW to buy the albums.

In 1994, a programmer named Lou Montulli created the cookies, which was another milestone for affiliate marketing.

Cookies are small data files stored on a user’s computer when they visit a website. Its purpose is to identify users and store website login information. This can be used to track what people are doing and collect data about their web behavior and interests.

As a result, using cookies facilitated the ability to accurately track the performance of affiliate marketing and is now the most commonly used and preferred tracking method.

The Rise Of Amazon Affiliate Marketing

What was once thought of as the start of affiliate marketing, Amazon started its Associates Program in 1996. Although late, Amazon was the first to attract global interest. Their affiliate marketing model involved paying a percentage commission of the sold product. In today’s modern world, this has become the framework for most affiliate networks.

That same year, affiliate programs such as Befree by Samuel and Johnson Gerace and LinkShare by Heidi and Stephen Messer were established. Then followed by the Commission Junction in 1998 which was set up by University of California Santa Barbara students. It’s now considered the biggest affiliate marketing provider in the world. Clickbank Network, founded by Eileen and Tim Barber, was also established that year.

These networks offered payment solutions and facilitated exchanges between merchants and affiliates. They also allowed smaller retailers outside Amazon to start with affiliate marketing too.

The First Of Affiliate Directories Was Established

A year later, other directories were launched including Associate Programs, Two Tier, Affiliate Guide, Cash Pile, Associate-it, ReveNews and so much more, sharing articles and information alongside affiliate directories.

The guidelines have been updated many items since then, however, the idea stays the same. Any compensation received in exchange for the promotional effort should be disclosed. Otherwise, it’s considered deceptive marketing and exposing marketers and the brands they endorse to penalties.

These popularized the concept of ‘niche’. Basically, these are narrow market segments that are often easier to enter and succeed in due to the smaller competition. The idea of niche marketing addressed the needs of small and specific population groups.

With niche marketing, affiliate marketers have become more evolved in order to gain more profits in a highly specialized segment with little to no competition.

The Future Of Affiliate Marketing

With the changing shopping habits of consumers, greater access to the internet, and the growth of eCommerce sites, there’s no doubt that affiliate marketing will continue to pave the way for better online earnings.

So, now that you’ve learned its history, are you ready to start earning as an affiliate marketer? 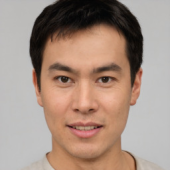 I am a marketing specialist for online businesses. I love sharing his experience to assist business owners in growing their firms. During my free time, I play the flute.