How to Hire a Software Development Company Hiring a software development company is a rather brutal and hard process, but we know how to ease it for you. Once you’ve got a grandiose app idea, your next major concern is to find (and hire) an app developer or a development company meeting the project requirements and of course, your budget.

Only a right developer or company can add value to your app business as well as leverage revenue.

If you’re looking for developers or an app development company, here you can find a couple of tips which can help you make the right decision.

1. Look for someone interested in developing an app, not just in earning money.

Needless to say that you have to consider experience first and then proceed to the rates. A developer that is eager to develop an app but not to charge money is definitely your choice. Such developers (companies) can bring you much more than a fully-functioning mobile app.

Dedicated developers can give you valuable insights on what the customers like and what dislikes based on their experience and released apps. Proficient teams know well what works and what doesn’t on the app market. Don’t be afraid to ask for a list of completed projects.

A good developer should be proficient at UI/UX to deliver unmatched user experience. When looking through a portfolio, pay particular attention to visually appealing apps. A code is an important part of the app, but its design isn’t the least. Sixty percent of the app success depends on how the users interact with your app where a vital role plays the design.

Watch out if a company refuses to provide you with a project list. Well-qualified teams don’t have anything to mask even if some project fails. It’s a well-known fact that 95% of startups break down due to the lack of financing or research.

You can get valuable insights on how the team communicates and satisfy the project needs by talking to the clients. Look for developers who aren’t afraid to share their clients’ contact information.

It’s better to hear from the horse’s mouth than read myriads of reviews. Ask for more references and keep in mind that you might hear some unpleasant information. And it’s okay while we’re all humans and sometimes it’s nearly impossible to find common ground.

Frankly speaking, I have more question to a company of there are only positive reviews. Hmm, it’s strange, isn’t it?

4. Choose someone you feel at ease with

As a development process requires lots of communication, I’ll recommend you to hire a person who you can get along with. Otherwise, misunderstandings may arise burdening the work and thus pose a threat to the app success.

The full cycle of the development process may take 6 months and more. Take time to find and hire developers with whom you can build a long-term relationship. In this case, personal tastes really matter.

5. Don’t get fooled by a low hourly rate.

Choosing a developer by price quotes is really a poor practice. You want to develop a great app but not a third-rate one that will never appear in the Google Play or the App Store.

Of course, every startup has a limited budget. But lower rates can become more expensive in the long haul when it comes to updating and improving. It’s cheaper to write a clean code now than find and fix the bugs sooner or later.

There are a great many of coding languages, and developers can’t code in all of them at one time. Make sure that a team you’ll hire can write codes required to develop your app.

In case of web apps, it’d be great for web developers to have command of Ruby or PHP.

A visually appealing app will gain more customers just because it has a wonderful look. Look through similar apps and make a list of what you fancy in design and what you hate.

It’d be great if you can provide some visual representations of how your app should look like. You can use Balsamiq, Marvel, Invison, etc. to create a prototype of your app design. Sure thing when it comes to working out a great mobile app interface, design principles are important.

Note, the design should be flexible and tolerant allowing the users to navigate through the app intuitively.

Focus on what your app should do, and you’ll find the right development team. It’s an important decision that influences your future as an app entrepreneur. The implementation of your worded idea is now in the hands of developers. Make a right choice. 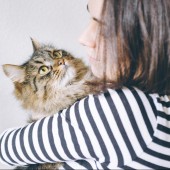 Tasha runs a blog at IDAP Group, watching for news regarding app development and other geek stuff. The app market is changing at a blistering pace and developers as well as SMBs need to be a step ahead.