What You Need to Know About iOS 9 Ad Blockers After Apple released their latest mobile operating system this summer, marketers everywhere started to panic. In a new move for the business, Apple allowed ad-blocking applications to be downloaded from its App Store. The end of the Internet as we knew it was looming upon us, and businesses braced for massive losses in revenue. The fear was that, though the iOS 9 ad blockers aim to give users an improved mobile browser experience by eliminating cumbersome ads, they will hurt businesses that depend on those ads for revenue.

But are the ad blockers as bad as people think? Let’s look at the facts so far.

How have ad blockers affected the market?

Only a few hours after their initial release in September, iOS 9 ad blockers quickly rose to popularity by securing spots amongst the top 10 most popular paid apps for Apple. However, this upsurge didn’t last long. Two weeks later, downloads began to slip with only one app remaining in the top 5. This looks good, right?

However, despite the lack of massive downloads, certain industries have a right to be worried. According to Fortune, retailers have discovered that Crystal, the most popular ad blocker, is unable to fully render the e-commerce websites of big businesses like Walmart and Sears. With missing content and broken links, this means that visitors who have downloaded ad blockers will receive a poor shopping experience – a big no-no for retailers, especially during the holidays.

This sounds terrible, but many marketers need not fear the iOS 9 ad blockers. Many factors can contribute to the severity of their effect on your business, and it’s important to consider these things when planning your ad strategies going forward.

Here are the questions you should ask yourself when assessing the risk of iOS 9 ad blockers to your business:

#1: Will my industry be affected?

Aside from retailers, the only industry that should expect to see major consequences from ad blockers are those that relate to technology and software. The target audience of these industries are much more tech-savvy than the average mobile user, and will be more willing to install ad blockers and enable them in their phone settings.

If you’re worried about your mobile ads not reaching customers, experiment with other ad types like native advertorials and affiliate marketing. These methods can increase brand loyalty and successfully advertise your business without using overt advertisements on a web page.

#2: What mobile devices do my customers use?

Are your mobile users using Android or Apple? Apple’s iOS and Safari browser are by no means the most popular way for mobile users to access the Internet. Android dominates the charts at 83% popularity, while iOS only shares roughly 14 percent of the smartphone OS market. Plus, Safari accounts for only 20 percent of mobile web traffic across the globe.

Despite iOS 9’s low ranking on the charts, you should still seek to improve your ads to eliminate any possibilities of being blocked. Try revamping your ads to be less intrusive and more relevant to your consumers. You may just make your users’ whitelists, which allow your ads to be seen despite the presence of ad blockers.

#3: Has ad-blocking affected me on other devices?

Ad-blocking technology is nothing new. Users of Android devices and desktop computers have had access to them for years. If most of your Android customers have not used ad blockers, then you need not fear that they will suddenly adopt the new ad blockers from Apple.

If your consumers are heavy Apple users, try driving traffic to your business with other methods. Content marketing, email marketing, and social media marketing are great ways to promote your business without intrusive advertisements. Plus, blog posts, e-books, and webinars are easily shareable and may be more likely to engage an audience.

So, what can we expect?

So, how will ad blockers affect our ads in the years to come? It’s safe to say that ad-blocking technology is still evolving. Many critics question the ethics of blocking content that drives revenue for businesses. One ad blocker developer even went so far as shutting down his popular app because he felt that ad-blocking was an unethical practice.

However, I believe that ad blockers and businesses will eventually find a way to work together. Since ad blockers exist because of bad advertising, I think they will eventually function like website crawlers that distinguish good ads from spam ads. In the end, we all want to create great web experiences for our customers. With this shared goal, content publishers and ad blockers might be able to unite without putting each other out of business. 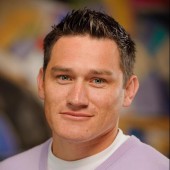 Chris Lucas is the vice president of marketing for Formstack. He is passionate about setting the vision for Formstack’s marketing department, as well as discovering new ways to drive web traffic and leads. Follow Chris on Twitter at @chris_c_lucas.