About 75 percent of people suffer from speech anxiety, making it the most popular and widespread fear among humans. Although there’s no foolproof way to combat the butterflies you feel in your stomach and the thoughts racing through your head when you’re minutes from speaking in front of a live audience, there are ways to ease your stress so you don’t stumble over your words.

Here are six ways to improve your public speaking skills so you nail that important speech.

Learn From the Best in the Business

Like anything else in life, if you want to become a better public speaker, you need to practice until it starts to feel natural. Before you start practicing your own speech, read some of the best speeches ever made and watch them carefully. The way the speech is given is just as important as the words delivered.

One of the most famous speeches in U.S. history, given by Present John F. Kennedy at his Inauguration Address in 1961, is a perfect example of how a man can provide hope to a nation through the words he wrote, the inflections in his voice, and his mannerisms while speaking. If you want to become a great public speaker, try mimicking the best and using some of their best strategies.

Being nervous before you speak in front of a live audience is a natural feeling, so fighting those nerves and trying to force them away does more harm than good. Tell yourself that it’s OK to be nervous and try to familiarize yourself with the feeling as much as possible.

The more comfortable you get while feeling nervous, the better you’ll perform once you step behind a podium and address your listeners. Use your nervousness to generate feelings of enthusiasm, planning and preparing as much as possible so that you ease the stress associate with your nerves.

One of the best ways to polish your public speaking skills is to record yourself practicing (on video) and to play it back so that you can critique yourself. When critiquing yourself, take notes when you notice bad habits like sounding robotic, making awkward pauses, and reading from your notes.

When you’re taking notes of the bad habits, you’ll also want to give yourself a pat on the back and write down when you do good things like engage the camera, make strategic pauses, and vary your tone. After you’ve taken notes, review them and come up with a plan to better your speech. Once you’ve practiced this multiple times, you’ll begin to feel comfortable and your speech will show it.

Avoid Reading Every Word of Your Speech

As stated earlier, reading from your notes throughout the entirety of your speech is a bad habit. When you read something word for word from a piece of paper, it tends to sound boring to the people listening. And those same people want to see your face, not the top of your head.

For better results, create an outline of your speech on a tablet, but don’t use it for anything more than a periodic reference if you happen to forget a line or two. Your audience will appreciate you if you address them and not your notes, even if you stumble a bit.

Also, don’t hesitate to use the space you’re speaking from to your advantage. Move around and use hand motions to break the monotony. It’ll give the audience a break from staring straight ahead.

Some might not know it, but using pauses to accentuate your point or to attract applause is common among some of history’s best public speakers. Unfortunately, many people allow their nerves to get the best of them, resulting in awkward pauses of silence or “uhs” and “ums.”

To help out with awkward pauses or the overuse or “uhs” and “ums,” try slowing down your dialogue, which will likely make your overall delivery more effective as a result. Also, try practicing in front of a mirror, family members, or friends to help cut back on the unnecessary use of these words.

You can read your speech back to yourself a million times, but it’ll never be the same as doing in live in front of an audience. Remember that it’s OK to make mistakes, as long as you pick yourself up and push forward. Instead of being visibly frustrated, move on to the next subject without worry.

Even the best public speakers have made mistakes, so stay composed and continue your speech as if nothing happened. After all, it’s only a few minutes from it all being over anyways. 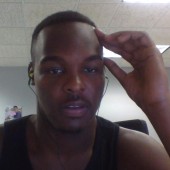 Lionel Bryant is a resident of Tampa, FL. Recently graduating from the University of South Florida, where he received his degree in Marketing with a minor in English. He enjoys traveling, playing sports, and listening to music off his Lenovo laptop tablet. Considered adventurous and spontaneous, Lionel is always interested in trying something new.