5 Steps to Building a Mobile App Startup (That Keeps Growing) Mobile applications are slowly taking the shape of business solutions with each passing day. Starting from a critical share trading app to a simple weather forecasting one, these tools are gathering up the requisite horsepower for supporting business marketing strategies.

Setting up a business can be a highly thrilling affair, but the build-it-and-they-will-come approach might not work out for every business. If you are an entrepreneur who is seeking out information regarding how to create an app and make money, then you have come to the right place.

There are certain things that you need to understand before diving into the big league of app developers who try to make it large. Have you ever wondered how mobile app developers showcase profit figures in spite of a large number of free apps plying the market? Well, we shall answer all those questions, bubbling up inside you, in our today’s blog regarding steps to make an app which shall aid your startup in flourishing.

Step 1: Validation and Wire-Framing of the Idea

Once the idea is incubated, you need to make sure that it resonates with your target audience by validating the same. Your idea remains a hypothesis unless you can sell the same to your first batch of customers. You can make use of Google Keyword Planner for validating your idea by finding out the number of people who are seeking out your end product.

A landing page can also be build up broadly highlighting the idea behind your application and instilling user interest via an email signup. Building a minimum viable product offering the core value behind your end product or service can also gauge user interest and help you in finally coming up with apps that make your money.

Once the validation step is completed you can use a wireframing tool like Prorto.io or JustInMind for detailing out the product into a document. Remember to be as detailed as possible while putting down the idea on an online tool or paper in terms of features envisioned and how the app shall be navigated by the user. This way, it will become easier for your developer to comprehend what you are seeking out. From the prototype prepared you need to start looking for features which can be removed and retain only the core idea.

Refrain from adding features which are “nice to have” in the very first version as these can be readily added later on as an update. Keep a check on the towering costs by adding only ‘must have’ features which can cater to the user’s need.

The ultimate success of your app is determined to a great extent by its design.

Apple, for example, has since the very onset captured the top slot with its design excellence which never fails to stun users. All applications showcased by Apple store have one thing in common and that is their top-notch designs.  Thus, it is of extreme importance to give your rock-solid idea the backing of an appealing design.

People have an insatiable hunger for beautiful objects and the case of mobile applications also hold true to this general consensus. Similar to websites, apps are also easily disposable. It takes less than a second for a user who doesn’t understand the functionality of an app to drag and drop the same in trash box.

Thus, rather than befuddling the users with an array of features, it is always advisable to stick to a simple and easy to apprehend format. Your app interface should speak for its value and usability similar to a well-created tap. Stylish font, beautiful accent and easy navigations are some key aspects which needs to be looked after. But rather than showing your creative talent while designing the navigational interface, it is advisable to stick to conventional searching system which users are already well aware of.

You should also maximize the space between words and lines without cramping the entire text. While deciding on the color scheme make sure not to go for multiple choices as that ultimately becomes distracting for the customer. The colors shouldn’t clash with each other and the text should stand out from the background hue.

With a large number of mobile apps vying for user attention, the level of competition is bound to get cut-throat. But if you manage to build an application which brings the best of both worlds in terms of functionality and presentation, you can easily manage to rank high.

You can share the screenshots of your application in the app store and ensure that the best features of your app get highlighted through the first three screenshots. This shall increase the visibility of your app by making it more presentable.

There are several factors such as functionality, app design, background idea and app store optimization which positions certain apps in higher rankings. You can take a cue from the marketing strategies adopted by these high-ranking apps for implementation in your own product. Study their titles, keywords and descriptions for creating something similar to that.

Remember not to copy everything, but to merely take an inspiration. Rather than adding a cold description, use a professional sales letter for your app. You may also add a useful video highlighting the background mechanism of your product’s operation and behind-the-scenes footage of its structural engineering.

Step 4: “The Devil Is In the Details”

The exchange details much like that of a scrolling conversation in Adrian Zumbrunnen, enlarged menu items encompassing the screen bottom in Shutterfly and hilarious copy in Everyday are some such features which serve the dual purposes of offering utmost utility and evoking a strong emotional response.

These apps are more likely to be shared by their bemused users. App developers need to understand that enjoyment of the end customer is of paramount importance just like its usability. Thus, while developing your mobile app business plan and ensuring its usability, don’t miss out on the enjoyment factor by adding tiny detailing every now and then.

Developers are rapidly taking resort to social media channels for notifying users about their newly launched application and spreading brand awareness. You can also create a hype in regards to the product or service prior to its launch for luring customer’s interest. This is bound to excite users by increasing their level of curiosity about the promoted brand.

The social media channels are being utilized by marketers worldwide for promoting brand identity and boosting up sales. You can look at Google Analytics data to determine the source of your mobile traffic. This can help you solve the first piece of the jigsaw while determining the focus point. While Facebook is perfect for B2C platforms, LinkedIn serves as a great choice for B2B ones.

Social media users are not much interested in overly promotional messages oozing out corporate appeal from every corner. They would rather vouch for messages having a conversational and light-hearted tone which can engage and entertain customers while promoting the brand in a subtle manner. You can consider using colloquial terms, humor and creativity for achieving the same.

But the end goal should be in making your message sound like a friendly conversation rather than a corporate poster. Before embarking on the journey of building brand awareness, it sometimes becomes necessary to carry out a detail analysis of the target audience. Facebook, for example, swelled up its user base by collecting demographic information and building a powerful platform which was later on followed up by high-targeted ads.

There exists a variety of ways for measuring success. In certain cases, all it takes to bring your business in line with the success statistics is building up of a comprehensive user base through a properly functional application. You can go for something which captivates users with its enigma if you do not have any monetary shortcomings.

It is imperative to note here that building and maintaining mobile applications for business is cost intensive and might weigh down on your wallet. But with constant innovations and upgrades, word slowly starts spreading about your application and once you manage to acquire the attention of your target audience, you can easily convert your idea into a profit-churning machine.

Whether you are still planning to start a new mobile startup or already have one in the works, it’s high time to get into the market and explore various opportunities. 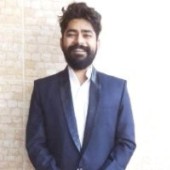 Yuvrajsinh is a Marketing Manager at Space-O Technologies. Being the member of Android app development company, he spends most of his time researching on the mobile app and startup trends. Reading Copywriting and Fiction books is one of his favorite activities when he is not working on the trends. If you have any confusion, or question, or need any consultation regarding mobile app development process, feel free to contact him.