How to Monitor Productivity without Alienating Your Staff

All responsible managers and business owners need to evaluate their staff’s productivity. Sometimes personal relationships and an individual’s charm can influence perceptions, and hide the fact that they’re not really performing at their optimum. Perhaps an entire team is flagging and those in executive positions are questioning the viability of the whole department. Whatever the scenario, there is usually one outcome; productivity tracking.

In office scenarios, the temptations of social media and the World Wide Web, are tantalizingly only a few keyboard clicks away, or a single thumb push on a smartphone. However, simply asking staff to keep a spreadsheet of their daily tasks can convey distrust and result in a downturn in productivity. A holistic approach is needed, which is a phrase that has certainly developed into a cliché in recent years, but in this case it’s entirely appropriate. The following 7 tips will help you to view the problem in its entirety and keep your staff motivated.

Involve Your Staff in Productivity Solutions

Allowing your staff to become part of the solution will motivate them and convey your true intentions. It’s incredibly easy to have your motivations misunderstood as a manager, so allowing your staff to see the problem from your point of view will enable them to empathise.

It’s important that your staff feel the goals are both achievable and necessary to improve overall productivity. If individuals feel that the goals have been imposed on them, they are less likely to strive to reach new targets.

If you don’t publicly exhibit trust for your employees, then they may suspect that you don’t trust them, even if the opposite is true. Trust should be an absolute, it cannot waver dependent on the task in hand. Showing a slight lack of trust can convey a complete lack of trust, so don’t use your partial distrust as a motivational tool. Alienating your employees can sometimes be irreversible. Aim to communicate the fact that your productivity tracking is designed to improve the team’s output, rather than simply punish individuals.

Asking staff to keep detailed records of their working days can result in friction. It can also be detrimental to productivity, as it can distract from the principle task. You may feel that you’re being thorough, but the reality is that you’re communicating your distrust and beginning to micromanage, which brings us onto the next point.

An eagerness to drive productivity can sometimes evolve into unintentional micromanagement. Focusing attention on small details tends to rile staff and demotivate them. In the worst example, micromanagement can be a form bullying by narcissistic individuals. Simply because you don’t fall into this category doesn’t mean that you’re not guilty of some aspects of micromanagement. A strive to be a perfectionist and an over-reliance on reports can lead to micromanagement, with the perpetrator prioritising their own self-interest over the group’s – despite proclamations of the opposite.

If your staff meet deadlines and deliver value, based on your assessment of their capabilities, then you should be able to forgive them in other areas. If certain individual’s foibles get under your skin, but they still deliver to deadlines, it might be worth allowing them the space to perform. After all, businesses are ultimately based on results and the ability to deliver value.

Regular meetings give your staff an opportunity to share ideas and grievances. Team meetings are great for collaboration, but individual meetings can give quieter members of the team the chance to communicate. Many managers stop meetings once they feel that productivity has been boosted, but this should be avoided if possible. Continuing the meetings will show that they weren’t simply a temporary measure for a temporary problem, but rather were instigated to boost motivation and prevent further issues. A continuation of the meetings will help prevent another slip in productivity. 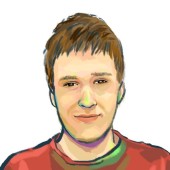