How Do Insurance Companies Stay Profitable? Whether you were legally obligated to buy health or auto insurance, or opted for a little extra coverage through life or renters insurance, you have likely paid an insurance premium at some point in your life. But, have you ever wondered where that money goes, or how insurance companies turn a profit, for that matter?

When it comes down to it, insurance is a pretty strange service: people pay for a service that they hope to never use. And, in fact, most people never have to. According to Fox Business, the average driver will only file an auto insurance claim every 18 years. So, that means monthly premiums must be 100 percent profit, right? Are insurance companies the best kept money-making secret in the business world?

Well, before you go buying up as many insurance companies as you can find, we have to break it to you: it’s a little more complicated than you might think. It’s not as simple as cashing in on premiums and crossing your fingers no massive claims come through. There’s a science to how insurance companies make money in light of the huge financial risk they take on.

What happens to premiums?

Insurance companies essentially make money by taking risks. When policyholders pay insurance premiums they join a large collective of people — a camaraderie willing to shell out money to cover themselves in case of catastrophe. All of these policyholders share one thing in common: they all have the same risk characteristics. When insurance companies accept risk, and accept liability for damages, it is called underwriting.

Where do profits come from?

While it’s true insurance companies could make a profit from underwriting, most are happy to merely break even.

If losses exceed the amount of collected premiums, funds from investments and reserve money are tapped to make up the difference — what is left over is profit.

There are many, many different kinds of insurance. Big ticket insurance policies that almost every person owns, such as health or auto, tend to be more profitable than life insurance. For the most part, insurance companies are safe, profitable investments.

The insurance industry experiences an average profit margin of around 5 percent. While this isn’t an earth-shattering margin, it’s respectable. However, what’s even more exciting than current figures is the future of the industry. The insurance industry has a prosperous future ahead of it, so there has never been a better time to own an insurance company.

Insurance is as American as apple pie and baseball: nearly everyone owns a policy, or wants to, and coverage has become a necessity of modern life. There is virtually endless demand for insurance. Insurance companies essentially sell umbrellas to people preparing for rain — and, while it might take a while for business to pay off, there’s definitely a storm on the way. 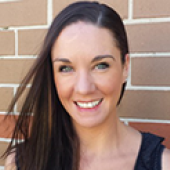 Bruce Hakutizwi is the U.S. and international manager of BusinessesForSale.com, a global online marketplace for buying and selling small- and medium-sized businesses. With more than 60,000 business listings, it attracts 1.3 million buyers every month.