3 Ways Facebook Is Becoming More Useful for Influencers and Marketers While Facebook’s reach has always been huge, the platform has not always been the friendliest towards marketing influencers and brands. The company has increasingly prioritized profile posts over pages in the News Feed and essentially required page owners to “pay to play” if they wanted their content to show up.

Most notably, a 2016 algorithm update deliberately purged users’ News Feeds of brand and influencer content. The point was to give users more content from their friends, but it was done at the expense of brands’ and influencers’ – and the expense was large. Pages saw their reach and engagement numbers drop by 42 percent.

Despite all this hostility, Facebook remained popular as an influencer platform, likely for its ability to add links to post, see clear results, and reach fans where they’re at on a daily basis.

Influencers appreciate the financial benefits of partnering with brands, but now they can also enjoy a powerful (and free) way to boost their follower count. In the old Facebook paradigm, influencers likely had to run ads, or drive traffic to their Facebook page from other channels, if they wanted engagement. Now, they can leverage brand’s budgets to boost their sponsored posts and increase their following.

Brands enjoy additional benefits, too. If they boost the post using their own account, it still shows as being posted by the influencer, rather than by the brand. Not only is this new process more efficient, but it’s much more effective. Fans may not even notice the grey “Sponsored” text, making it appear like a genuine endorsement of the brand by the influencer.

Brands can further optimize the influencer’s efforts, spending ad dollars on targeting the right audience, instead of forcing the influencer to do guesswork. New, enhanced analytics track total spend from the brand and influencer and provide summaries of total spend and CPM.

With boosted influencer posts, influencers can retain creative control, and leave the marketing to brands. It’s the best of both worlds for both parties.

How to make boosted influencer posts work for you:

When Facebook launched Facebook Watch this August, many marketers probably began to foam at the mouth with excitement. The feature will create lots of new opportunities for influencers and marketers to promote video content on Facebook, and the social nature of Facebook will make said video content highly shareable and visible.

Facebook Watch streams original video content – completely for free – to anyone using the platform. No subscription fee is necessary, since Facebook and the publishers profit through monetized ad breaks or product placement (as long as they tag the sponsoring brand). Users receive personalized recommendations based on what their friends like, chat with others through show-linked Groups, and discuss their reactions in a real-time comments section. To say Facebook Watch is hyper-personal and hyper-social would be an understatement.

And with publishers like BuzzFeed and Major League Baseball on board, it’s clear Facebook is willing to invest the big bucks to make Facebook Watch a success.

While Facebook Watch is currently only open to a set amount of publishers, all signals indicate they’ll open the floodgates to more publishers in the future – meaning brands and influencers.

Coming soon, Facebook’s Live Creator Kit is an app designed specifically to help people easily create and control a live broadcast, while simultaneously engaging with viewers via a separate tab. Enhancements include intro and outros, custom stickers and frames, and performance data to analyze for next time. Live Creator Kit augments Facebook’s already existing Mentions app for brands and influencers; anyone using Mentions will automatically be added.

How to make Live Creator Kit work for you:

Facebook is reaching across the aisle to brands and influencers in a big way. Embrace the moment and make it work for your brand. 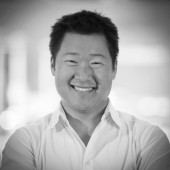 Michael Quoc is the founder and CEO of Dealspotr, an open social platform connecting emerging brands, lifestyle influencers, and trend-seeking shoppers in exciting new ways. He was previously the Director of Product Management for Yahoo's media lab, where he spearheaded the launch of several innovative services in the live video and mobile social networking areas. Michael has been awarded nine patents relating to mobile and social network applications and technology.