You won’t believe what the biggest Internet complaint is! Well, maybe its not number one, but this is exactly how clickbait, in its most annoying form, works. The formula uses tantalizing rhetoric coupled with a tactical lack of information to attract clicks from people before they can realise their complete lack of interest — often on celebrity gossip or a certain number of awesome facts that everyone already knows about a thing you don’t care for.

Upworthy’s headlines are so uninformative that they go beyond parody. Current examples include The Doctor Gave Him 2 Choices. It Ended in Tears. But It’s A Story We Can All Learn From, and 8 People Say Heartbreaking Things About Themselves on Camera. They Had No Idea Who Was Listening.

Both use emotive language while supplying a complete lack of contextual information. Upworthy’s saving grace, however, is that its content is consistently heartwarming. That’s what visitors expect from the site, and they’re rarely let down.

Of course, clickbait is generally more noticeable, and irritating, when it dupes you into wasting time reading poor content. Jake Beckman, who runs @SavedYouAClick — a Twitter feed that provides short answers to clickbait tweets from guilty publishers — says “the reader is always being manipulated.”

Traditional headlines have always provided some context to the story so readers would always spend time reading the ones they were actually interested in. Now they’re feeling increasingly misled into wasting that time instead. Annoying consumers certainly can’t factor into a sustainable business model.

As yet, the internet provides no fixed, reliable economic model. Some of its great successes have seemed like traditionally unprofitable ideas, and vice versa. The publishing industry as a whole is still trying to adjust.

With so much traffic being driven by clickbait-pioneering sites like Upworthy and Buzzfeed, traditional new outlets like the New York Times and the Associated Press are becoming heavily more reliant on the formula, to the chagrin of an audience in search of genuine news.

Clickbait services like Taboola, which make money by placing your clickable headline at the end of articles on other sites, are steadily developing their algorithms to improve the targeting of each ad. As long as you’re not clicking on the promises of unbelievable Miley Cyrus stories, they’ll eventually stop coming up.

Unfortunately, this does nothing to solve the problem of grossly misleading headlines. More social networks joining Facebook’s pledge to crack down on “spammy content” just might make a difference though.

Companies that exploit the clickbait fad are also playing a tug-of-war with SEO because uninformative headlines (and vapid content) is impossible to search for. At its worse, clickbait suits content that could only ever be read if accidentally stumbled upon. But if used well, and in moderation, it’s a technique that can amplify the reach of content that readers deem worth sharing.

Too often, however, clickbait headlines are glossy, attractive ads for an annoying product nobody wants. They draw you in but lack the substance to make any real impact. What one person might consider spam, however, another might but think fit to share with their social network. But with a growing backlash against the fad that’s becoming impossible to ignore, those companies that profit from it will have to work hard on the accuracy of their targeted ads or suffocate from the lack of attention. Save the poor content for those who want to read it, otherwise put it out of its misery.

Consumers would be wise to remember that clickbait lends itself to poor content. Anything interesting enough to be worth searching for benefits from an informative headline. The more vague the story’s title, the less worthy of your time it probably is. 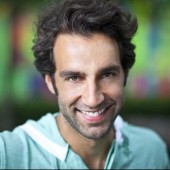 Nick Rojas is a business consultant and writer who lives in Los Angeles and Chicago. He has consulted small and medium-sized enterprises for over twenty years. He has contributed articles to Visual.ly, Entrepreneur, and TechCrunch.