As we look at the most important and widely discussed developments of the last two years, blockchain appears to be one of the most promising technologies with countless ways of application. We’ve seen how the value of Bitcoin grew and fell, bringing profits and disappointment, while the underlying technology became a favorite topic of experts from various industries.

Blockchain is popular in industries related to payments and cybersecurity for its smart contracts and fast transactions which are protected from hacking. However, other industries are exploring opportunities of decentralized databases as well, and integration of blockchain into social media is just a question of time.

We live in an era of social media crisis, so there’s no surprise that enthusiasts from all over the world are trying to find solutions in the blockchain technology.

Blockchain is a technology that helps save data in a network that consists of thousands of computers, instead of using one server. The data can be distributed but cannot be copied. In addition, blockchain is a basis for secure online transactions. It involves a multi-level validation system which is virtually impossible to hack, as every element in a blockchain contains cryptographic data for another element, and such information is unalterable.

What Does Blockchain Mean for Social Media?

First of all, blockchain may solve the biggest problem of the modern social media — privacy. According to the United States Department of Commerce, problems with privacy not only scare people but also have a direct impact on the economic growth. People are slowly running away from social media, especially after personal data of 87 million Facebook users was leaked and used by Cambridge Analytica.

Blockchain can solve the privacy problem forever, as all the information stored in a blockchain is private and the whole technology is based on strong data protection. Using blockchain, people can send and receive messages while no one else is able to read, copy, or delete them.

Another important feature of this technology is the ability to make secure transactions with no third-party involved, which means lots of opportunities for social media gigs. Social media is all about collaboration. Many marketers depend on contractors who are often hired for small gigs, for example, sharing some Facebook posts for a modest reward. Today, compensating such contractors is a difficult task, because people need to wait for a few weeks to receive their $5 reward, while various fees make such a reward even less valuable.

By using blockchain, social media marketers can make payments much more efficient, searching for contractors in remote regions of the world, such as Pakistan, Tanzania, or India. No matter where those contractors live, they can get their rewards immediately, with no need to pay fees to payment systems that may not work in their countries at all.

In addition, blockchain is able to fix inequality of compensation for creating content. Today, many content creators are not rewarded for active participation in social networks, as their original posts drown in the ocean of copied and shared content. This applies to photos, videos, and written content. Modern social media don’t protect copyright and original authors of popular content often don’t get what they deserve.

The best example of such a problem is Helen Green’s GIF of David Bowie which became viral and lost attribution as it was reposted by thousands of people on different social media platforms. Using the blockchain technology, all the content can be traced and checked for originality, which makes copyright violation almost impossible. Anyone can see who created the original file, being unable to duplicate it and present as their own.

The Biggest Social Media’s Problems in 2018

Modern social media fail to reward content creators properly. Helen Green’s GIF is just one example from among millions of pictures, videos, and audio tracks that gone viral and lost attribution. Moreover, even when the content is attributed, authors often don’t benefit from sharing their content, as the advertising revenue goes to the social media platform, while actual authors get nothing.

Another big problem is security, and most experts agree that blockchain would solve this problem, however, the chances are that the existing social media like Facebook won’t implement blockchain solutions, as the decentralized nature of this technology undermines business strategies of traditional centralized social networks.

On one hand, the centralized approach is bad because all users’ data is stored on the main server and the company can legally or illegally manipulate this data in any way possible. On the other hand, many experts agree that social networks must be able to control content, blocking trolls and censoring inappropriate materials.

However, Facebook’s censorship is questionable. Despite the transparent “community standards,” trolls, criminals, and terrorists constantly post hateful materials, and inefficiency of such regulations has already had international repercussions. Blockchain will allow users to have a complete control over the information they see in their social media profiles, choosing what content is interesting for them while being sure that nobody can sell their user data under any circumstances.

How Blockchain Can Fix Social Media

Speaking of trolls and fake news, it’s important to understand that fake information goes viral as fast as good content. However, the consequences of such events can be more dangerous than just a copyright violation. Blockchain helps fighting fake news due to its ledger system. Thanks to blockchain, users can use such functions as data verification and personal verification. Everyone can verify content and IDs. At the same time, data collection becomes easier.

Users consume online content from many social media channels. Given the ad-based business models of such companies, it’s difficult to properly estimate the value of the real audience, as views, clicks, and shares can be purchased. Thus, marketing campaigns depend on data that doesn’t represent the real situation, which damages their efficiency. The blockchain technology makes it possible to track data, monitoring interaction with the content.

Crowdfunding is an integral part of any startup project. In addition, it’s used by charities. Social media is widely used for crowdfunding purposes, and blockchain can make these processes much more transparent and effective. Blockchain ensures fast and private transactions and fights money laundering at the same time, as investors can see the movement of their money. All contracts can be easily traced and users can be verified with no need to take any additional measures.

Websites like Acorn or Starbase allow users to forget about 3% to 10% fees associated with traditional crowdfunding platforms. Starbase allows you to engage with marketers, entrepreneurs, and engineers globally, sharing long-term incentives and raising funds all over the world. Acorn goes even further, offering campaign services from third parties and providing users with the statistics on similar campaigns so that they can make right decisions.

By using the blockchain technology, business owners and digital marketers can talk directly to their audience, with no middlemen involved. Consumers get an opportunity to own and monetize their data, selling their statistics to companies they are interested in.

Companies like Shocard allow users to give permission-based access to their information, using a new approach to the authentication process. There’s no need to worry about the accuracy of the given data, as businesses and consumers get closer to each other than ever before.

Blockchain makes it possible to make secure consumer transactions right on a social media platform, with no need to use any third-party payment systems. Business owners get more accurate information from their audience, while consumers can choose what ads they want to see, making targeting much more effective.

As blockchain allows companies to get users’ personal data and information about their browsing history directly from the audience of people who are interested in their products, there’s no need for middlemen. Everything we do online is recorded in specific files, such as cookie files, which are stored on servers of search engines and social networks.

Thanks to blockchain, users can manage their data and have full control over it. This information will no longer be stored on third-party servers, serving as a source of income for such companies as Facebook or Google. With no middlemen involved, companies can significantly increase their cost per impression. In addition, companies can pay users for their engagement, depending on their attention to ads, improving customer connections and increasing ROI.

Blockchain is going to change social media as we know it for good. It offers countless benefits for various industries, solving many common problems and changing the way users look at social media. There’s no need to rely on third parties no more, and everyone can be sure that his or her data is protected.

Accurate data, perfectly targeted ads, improved user experience, and fewer pop-ups are just a few benefits of blockchain for social media. Now is the best time to explore capabilities of this technology in order to increase your ROI and to improve the effectiveness of your marketing strategy as a whole. 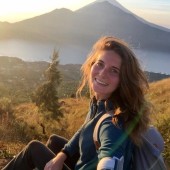 Ester Brierley is a QA Engineer in software outsourcing company and a competent virtual assistant for College-Writers, but thinking about her own entrepreneurial journey. As a seasoned content creator, she adores researching cutting-edge digital and lifestyle trends and sharing them in her writing pieces.