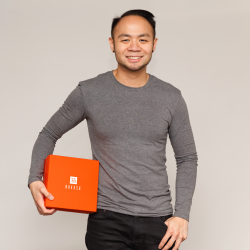 Danny founded Bokksu in 2015 to introduce foodies around the world to authentic Japanese snacks and teas only found in Japan. Offering both a subscription box service and e-commerce marketplace, Bokksu is the only company that partners directly with local artisanal makers throughout Japan to elevate their delicious snacks to the world stage. Danny developed his passion for Japanese food and travel during his four years living in Tokyo before moving back to NYC in 2013. In his spare time, he is an avid rock climber who loves to get into fierce battles with friends over board games.

How to Improve Your Order Fulfillment

Signup for the newsletter

Sign For Our Newsletter To Get Actionable Business Advice What is a Bare Metal Server? Beginners Guide How to Manage a Remote Sales Team