3 Common Management Behaviors That Are Toxic To Startup Harmony It’s by no means a sure thing that founders with the big ideas on which companies are built have any natural ability to manage people. I’ve come across relentlessly rational founders who can flawlessly explain the logic behind the decisions they make, but who haven’t slightest clue how to get people to enthusiastically implement those decisions.

Such founders, if they’re to succeed, have to learn that making the right choice is not enough; it’s the start of the process that leads to getting things done. The rest is organizing people — those emotional beings who don’t always respond as we might expect to even the most well-justified instructions.

There are various ways technical founders without management experience can proceed: hiring someone to do the job for you is one option, but the best course is to cultivate the “soft” skills that will make you a better people manager and give you the tools you need to build loyal and effective teams.

In this article, I want to a take a look at three management behaviors I have encountered that are actively harmful to the goal of building strong and successful companies.

It’s often difficult to put yourself in the position of an employee, to empathize with their feelings of uncertainty about changes you make to a company’s direction or product.

Imagine you are a developer tasked with creating a feature. You’ve done a lot of work, including creating solutions to problems that you are proud of. You’re happy with your work. Then the company pivots and with no explanation the work you did is abandoned and you’re told to work on something different.

This situation happens all the time. Plans, situations, and markets change. Responding to change is how businesses become successful. But, if employees have no understanding of the reason for those changes, they can seem arbitrary and can damage morale.

I’m not suggesting that founders and managers have to explain themselves to employees, but, in my experience, taking the time to help employees understand the rationale behind decisions that impact them can contribute positively to their loyalty and their happiness at work.

An Inability To Delegate

Most founders are proactive people who have achieved success through a reliance on their own capabilities and diligence. It can be hard for them to accept that employees might be better suited than they for specific tasks. But if their business is to grow, they must learn to relinquish the reigns at some point.

In my career I’ve met a couple of basic types of founders who are unable to delegate properly. First, there’s the “everything is my job” founder; the founder who can’t relinquish any task, however menial, from restocking the bathroom with toilet roll to taking meetings with vendors. The motivation here is a mixture of a desire not to ask employees to do something they aren’t willing to do and a desire to see that everything is done right (by their particular standards). In both cases, it’s a harmful approach and, while employees tend to be fond of this type of founder, their time is not being spent where it is most profitable — growing the business.

The second type is more toxic; the founder who wants to delegate but can’t quite bring themselves to believe that anyone else can accomplish a task to the same standard as they would. Managers afflicted in this way can breed frustration very quickly, especially if they show resentment for their employees’ supposed inability to perform.

The solution in both cases is easier written than done — hire people you trust for specific job roles and then actually trust them to get the job done. Assess their performance after a reasonable period of time, but give them space to prove themselves. Understand that your value as a founder and manager is to set a course for your team, not row the boat every mile to the finish line.

Misunderstanding The Meaning Of Culture Fit

Books could be written on this subject, but I’ll keep it brief: culture fit does not mean “this person’s culture is identical to mine and I won’t have to adapt at all to work with them.”

I’ve often seem culture fit used as an excuse for only hiring a certain sort of person. The sort that reminds managers most of themselves. Needless to say, this isn’t good for diversity, and what’s bad for diversity can be very bad for business, in addition to being morally problematic to say the least.

Of course, it’s important that the people we hire aren’t harmful to the team, but the concept of culture fit is used far too narrowly. We want to hire the very best people for the job. Narrowing the pool necessarily means excluding people who could have helped the business be more successful. Culture fit is less important than a combination of professionalism and the ability to do the job. Hire for those traits, not for a spurious compatibility with irrelevant cultural norms.

These are the three management traits I have observed to contribute to creating toxic work environments in tech companies. Each represents a failure of imagination and empathy in managers and founders, and each can contribute to a business suffering in ways that aren’t immediately obvious, but will harm future growth and success. 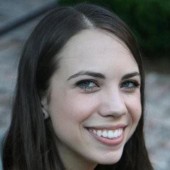 Matthew works as a writer for Future Hosting, a leading provider of VPS hosting. He focuses on data news, cybersecurity, and web development topics. You can usually find his hiding behind a computer screen, searching for the next breaking news in the tech industry. For more great articles, check out FH's blog.